Play and Learn Service – The History of PALS

“Let the children come to me; do not hinder them, for to such belongs the kingdom of God. Truly, I say to you, whoever does not receive the kingdom of God like a child shall not enter it.” And he took them in his arms and blessed them, laying his hands on them.
(Mark 10:13-16 ESV)

PALS began as the dream and the vision of Mrs. Hilda Candler.  A retired teacher, “Miss Hilda” felt called to meet the need for a “Mothers’ Morning Out” Program for mothers and pre-schoolers here at Trinity United Methodist Church.  Existing programs at other churches were expensive and had long waiting lists, and Hilda wanted Trinity to offer a program for our members and those in our community.

So in May of 1983, PALS was born.  We did not start with paid workers; even Hilda was an unpaid volunteer. We just took turns staying and working, giving each other a few hours of desperately needed time off, and even more coveted, a time of adult companionship.  We used one large room, then, for all ages.  We paid a small fee, hoping to eventually have enough money to hire a paid worker.

But,  “If you build it, they will come…” and, indeed, we did! It wasn’t long before we separated the children into age groups – toddlers in the big room, and babies in the two small back rooms.  When we formed a third class, our older children met in what is now the baby nursery.  Liz Trammel was hired to work with that group in September 1983.

Bill Candler, Hilda’s husband, was an important part of our program.  He checked on us each time we met, always on the lookout for our needs.  He repaired furniture and toys; he even replaced puzzle pieces.  We looked forward to his visits.

The program grew to the point that we needed more classrooms, so Hilda took the four year olds upstairs.  And we expand to two days a week- Wednesdays and Fridays – a big step out in faith, believing that mothers would bring their children.  Dot Storey stepped in to help Hilda, as our Assistant Director, also a volunteer position.

Our playground in those days left a lot to be desired. The back part of the parking lot was not paved at that time – just bare grass with two old swing sets, where we took the children to play.  Thanks to the generosity of Ms. Martha King, a wonderful play area for our children soon occupied half of her backyard.  Paul & Eulaine Camp donated a new swing set and fence, and Gene Kendrick build the first sand table.  Aaron Holly, a PALS grad, organized the construction of the privacy fence that now safely surrounds our play area as his Boy Scout Eagle Project. 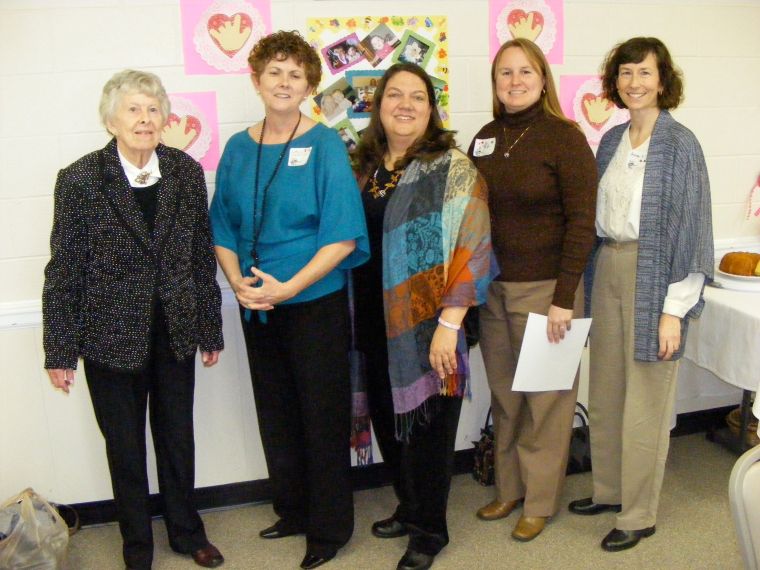 In 1991, Bill Candler’s health began to fail, and Hilda needed to care for him. So she turned to Debi Lewis, a PALS mom and member of Trinity, and asked her to “take care of PALS,” until Bill got better. “Miss Debi” and her family had moved to Rome in 1988.  A woman committed to children and mothers, she was an answer to our prayers.  She provided the leadership we needed and allowed Hilda to leave knowing we were in good hands.

By that time we had grown to an enrollment of 35 children in four classes.  Under Debi’s leadership, PALS continued to grow and expand.  Debi’s background in child development, not to mention her own experience raising five children, made her a director who felt strongly about the needs of pre-schoolers, as well as the needs of mothers. She introduced parent newsletters to improve the communication with parents, and began the PALS Advisory Board. Debi continued as our director until December 1996, when she felt the need to spend more time with her family and her writing career.

In January 1997, Kim Holly became the director of PALS.  Once again, God lead us to a woman committed to the needs of young children and their mothers.  “Miss Kim’s” experience in special education brought PALS a broader scope of understanding of the needs of all pre-schoolers.  Under her leadership PALS continued to grow.  The three and four year old programs expanded to three days a week.  Kim began in-service training for PALS teachers and encouraged cooperative planning between age groups.  While Kim was director, Trinity’s Trustees renovated and expanded our nurseries into the beautiful facilities we enjoy today, and PALS continued to expand and fill those nurseries.

When Kim felt the need to return to her teaching career, Starr Moran became our director in January 2004.  “Miss Starr” was another Trinity mom who felt led to minister to mothers at home with their children.  Under Starr’s leadership, PALS grew, offering a three-day program for all age levels. Two additional classes were also added.  Starr organized staff meetings for all PALS teachers and provided organizational skills to keep PALS a growing and vibrant ministry.

Starr left her position as director in 2008 to return to the Berry College admissions department, and we were fortunate to have Anna Hobson-Sato fill in as interim director. An experienced PALS mom, she greeted potential parents and kept things running smoothly until a new director was hired in September 2008.

Once again we are blessed to have Debi Lewis serving as PALS director.  Her love for our PALS program and her enthusiasm for our ministry to babies and pre-schoolers, and their mothers, are apparent as she celebrates the growth of PALS and its outreach.  We have just enrolled our 98th child, and as of February 2, 2009, have expanded to 7 classes.   Debi’s recent report to our Staff Parish committee concluded with the statement, “I love my job and am every day grateful that God has called me back to this ministry.”

Looking back on twenty-five years of PALS, it is humbling to think of the number of children we have had the privilege to hold, even for a brief time.  We cherish the friendships and fellowship we have shared with the mothers of those children, as well. We pray that we have been the hands of Christ to them, touching their lives in ways both large and small.  We know that they have changed our lives in a big way. It is our fervent prayer that PALS will continue to grow, reaching out to a new generation of children and continue on, “Changing Lives for Jesus Christ.

– by Carol Payne & Pam Ferguson, 2 of the first 5 PALS mothers

Since celebrating our 25th year, we have grown to 150 children.

– Fall 2012 we added a kindergarten class, our eighth class.

– 2014, we added our ninth class, for homeschooled children, a one-day-a-week class on Wednesdays.

– Fall 2017, we added Tuesdays to our schedule in several preschool classes.